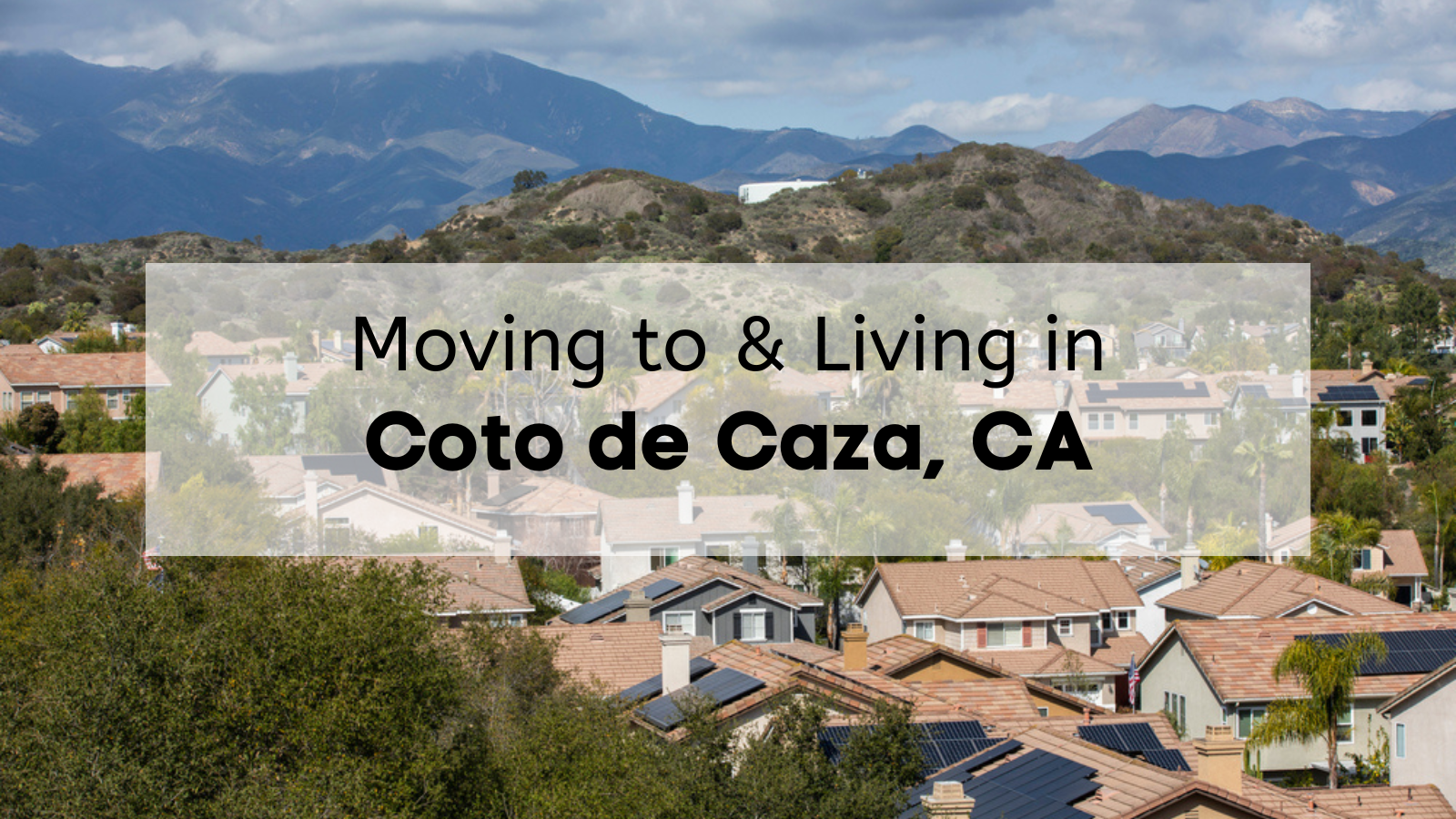 Coto de Caza is a census-designated place (CDP) in Orange County, and when you translate the name, it means "Hunting Reserve" in Spanish. In addition to Coto de Caza, this CDP actually also includes the Los Ranchos Estates, which is over 350 acres of rural land. In 1964, Arvida and Chevron partnered to create the suburban community of Coto de Caza, but Arvida later bought Chevron's portion. Today, there are a little more than 5,000 single-family homes in this private gated community. If you’re considering moving to Coto de Caza, it’s a safe, low-crime area, and the city is family-friendly. This beautiful community of Coto de Caza California is known for The Thomas F. Riley Wilderness Park and luxury homes. Overall, Coto de Caza is a good place to live.

Where Is Coto de Caza?

The distance from Coto de Caza to Rancho Santa Margarita is 9 miles. While there is no public transportation inside Coto de Caza, you can still get around town by biking, Uber, Taxi, or other rideshares.

With 168 sworn officers, Coto de Caza is protected by the Southeast Operations Division in the Orange County Sheriff's Department.

The cost of living in Coto de Caza is 117.5% higher than the national average and even above California's cost of living. While this might seem high, the median household income is almost $211,000. According to the Economic Policy Institute, a family of four must make $114,841 per year to live comfortably.

The Coto de Caza median home price is $2,325,000, and the median sale price per square foot is $535. The homes in the community of Coto de Caza are described in one word, LUXURY! Here are some of the Coto de Caza CA homes for sale.

The breakdown for home prices based on single-family, townhouse, and condo, is the following:

If a home in this beautiful California CDP is out of your price range, don't worry because there are a wide variety of places to rent. The average rent is $3,003, but that's heavily dependent on the location, the number of bedrooms, if it's pet-friendly, amenities, and the number of bathrooms. Check out some of the available apartments for rent near Coto de Caza, CA!

The community of Coto de Caza has a large variety of homes, condos, and townhouses to choose from and is known for being a family-friendly gated community. Depending on your lifestyle, you can find a neighborhood that meets your needs here in Coto de Caza. Check out these two top-rated neighborhoods to consider!

Terraces | Known For Its Golf Course

If you love to play golf, then the Terraces neighborhood in Coto de Caza is the perfect place. It's a gated community with access to the gold course, volleyball and basketball courts, a pool, and even horseback riding trails. Whether you're single, married, have kids, or are settling down, the Terraces is great for all ages.

When it comes to the Classics, there are a variety of single-family homes and condos. The views are spectacular, with a variety of mountains and beautiful hills. Due to the endless places to explore nearby and parks, this Coto de Caza neighborhood is a great option for families.

Coto de Caza is considered a warm-summer Mediterranean climate (Csa). During the spring and summer, the climate is warm and arid, with clear skies. The spring and summer months have temperatures ranging between the low-70s and the high-80s. During the fall and winter, the weather is wet, cool, and has clouds. The temperature ranges between the mid-60s and the low-70s.

The best time to visit Coto de Caza, CA, is between June and October.

Coto de Caza gets an average of 11.5 inches of rainfall annually.

Some natural disasters that can occur in California are wildfires, droughts, floods, landslides, and earthquakes.

Things to Do in Coto de Caza

O'Neill Park has over 4,500 acres to explore and has fun activities for everyone. They have areas to camp overnight (RV and tent sites), have a picnic, BBQ, trails to go hiking, biking, or horseback riding, a horseshoe pit, and a turf area with a playground set. A few of the other amenities include an amphitheater, conference rooms, dog-friendly (on a leash), a dump station for your RV, showers, and beautiful views.

Whiting Ranch Wilderness Park is known for its beautiful hiking trails and mountain biking. There are a total of 23 different trails that total 17 miles to explore in the park, but there is also the opportunity to connect to other trails that go outside the park and to other Orange County Parks.

With two separate golf courses (36 total holes), the Coto de Caza Golf & Racquet Club has everything you're looking for in a home away from home.

Food is delicious! While there are no restaurants in the CDP lines, here are some of the top-rated restaurants within a 10-minute drive from Coto de Caza, CA!

Cosmo's Italian Kitchen serves only the best! This neighborhood delicacy has everything you could dream about enjoying. Whether you're in the mood for mouthwatering pizza, pasta, hot parmigiana sandwiches, fresh salads, or cooked-to-perfection desserts, you can find it all here.

Voted Best BBQ for 2021 by Reader's Choice, Wood Ranch has served the community of Coto de Caza for the past 30 years. While they're known for their BBQ, they also have delicious seafood dishes, fresh salads, killer sides, and freshly-made desserts.

If you're looking for a casual and relaxed place to grab dinner or lunch, then Tutto Fresco Kitchen & Bar is perfect for you. They've been in business since 1991 and have been a go-to place for everyone since day one.

According to Payscale, the average annual salary near Coto de Caza is $62,000, and the average hourly rate is $24.15. If you're not transferring to Coto de Caza with a job, don't worry because Indeed has 53,596 jobs available within a 25-mile radius. While there are no government jobs in Coto de Caza, there are plenty of job opportunities in Orange County, CA.

Coto de Caza, CA, is part of the Capistrano Unified School District. According to their website, their mission is "To prepare our students to meet the challenges of a rapidly changing world."

There are plenty of school choices to choose from:

If you're interested in attending college, a few universities near Coto de Caza include the University of California Irvine, Concordia University Irvine, Saddleback College (Community College), and the Vanguard University of Southern California.

The closest library to Coto de Caza is the Rancho Santa Margarita Library.

Are you thinking about moving to Coto de Caza? Daly Movers is a trustworthy, reliable, and professional team of Coto de Caza movers. Call us at (714) 538-2831 for a free estimate!

Chip Martin
BA in philosophy, Long Beach State 1974, various trades after college including cabinet maker and boat refinisher, then became a local moving driver in 1976, bought Daly Movers in 1979, managed company, and drove local and long distance until 1995 when I transitioned into sales/office full time. Almost fifty years later Daly Movers and I have sold,  worked, and familiarized ourselves with virtually every type of household and O&I relocation.

The latest from the catlow blog

What’s it Like Living in Coto de Caza CA? 🌴 | Guide to Moving to the Coto de Caza Gated Community
December 5, 2022

Coto de Caza is a census-designated place (CDP) in Orange County, and when you translate the name, it means "Hunting […] 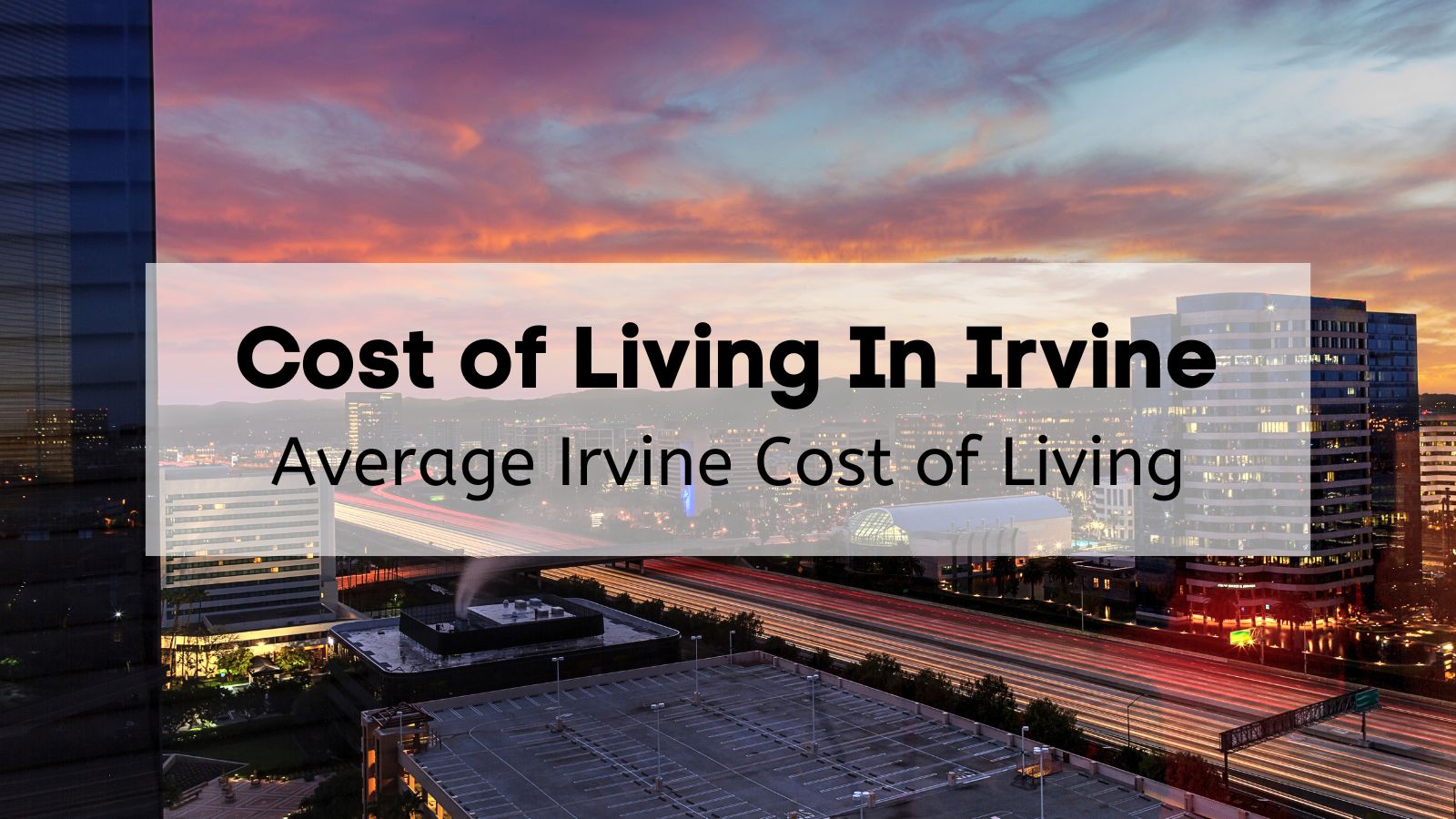 Located in sunny and idyllic Southern California, Irvine is a stunning place to call home. Situated in Orange County, the […] 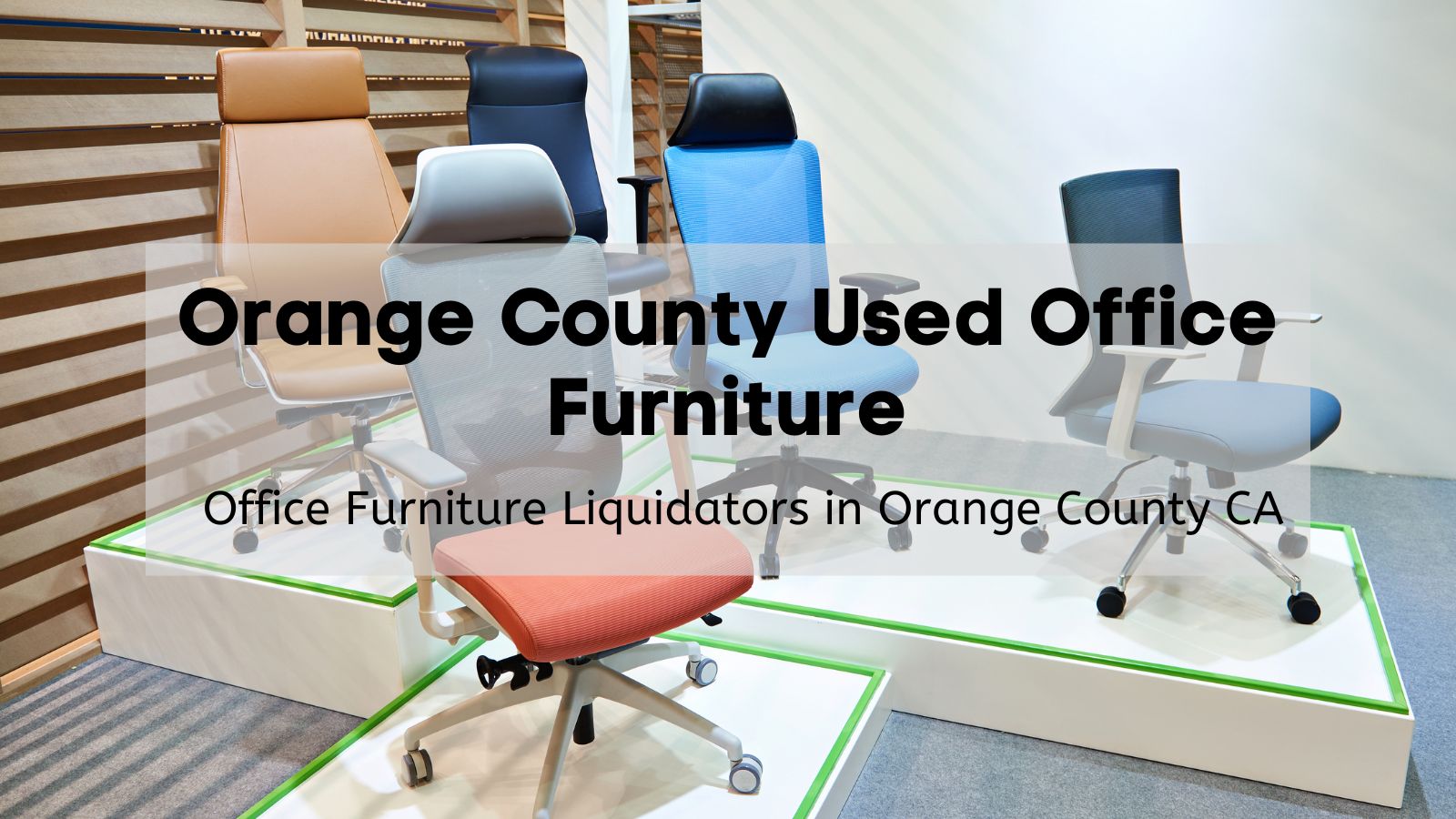 Are you looking to purchase used office furniture for your office? Perhaps you need to downsize your current office and […] 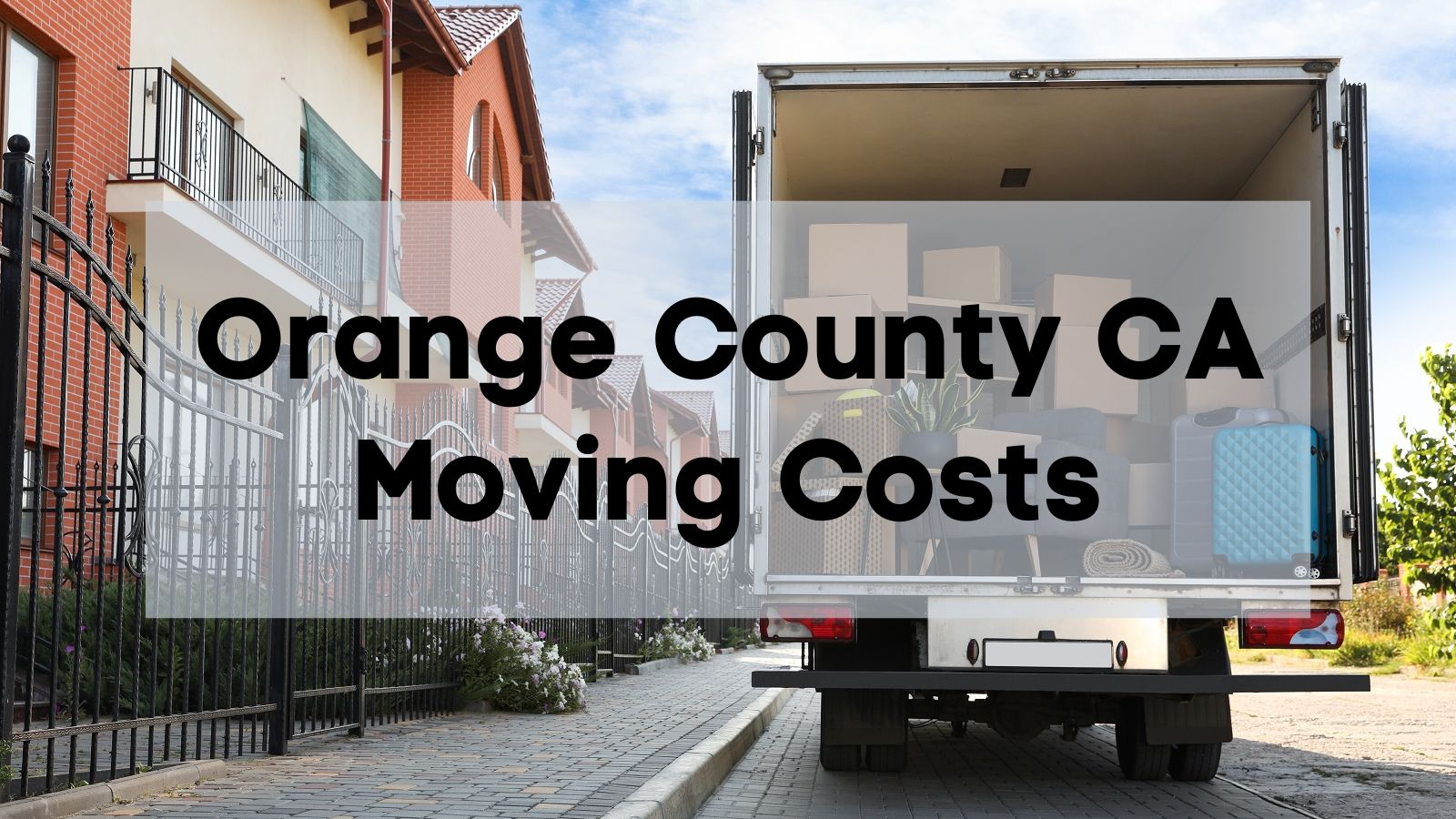 Getting ready to relocate within Orange County? One of the first questions you may have as you prepare for moving […] 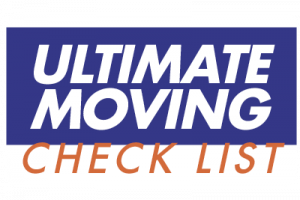 Get A Free Moving Quote